Why You Should Always Fix Blocked Drains Immediately

Blocked drains are one of the most annoying but common plumbing problems that Australians face on a day-to-day basis. Whether it is due to your own error in allowing something to go down a drain, or the source is a complete mystery, many Australians will put off calling a plumber for a few days. This can be to either try to fix the problem themself or to wait to see if the problem goes away on its own. Both of those are bad ideas, and here is a brief explanation as to why.

Why Can't You Fix Blocked Drains Myself?

There are many products on the market, both chemical and physical, that claim to be able to fix any blocked drain. The trouble is that these tools are only as good as the person using them, and every blocked drain can have a different cause. Unless you are trained in diagnosing the exact blockage area, figuring out what technique is the best and then executing that technique perfectly, you probably won't make a dent in your home or businesses blocked drains. If anything, you are liable to just make the blockage worse and even damage your drains.

Waiting For It To Just Fix Itself

Drains do not have the ability to unclog themselves just yet. There is almost no situation in which a blocked drain will magically fix itself, and in almost every situation, blocked drains that have been left alone generally get worse. Oils and grease that are part of the blockage can harden, more material can be sent down that adds to the block and bacteria and mould can start to grow. In worst-case scenarios, the pressure might be so big that the pipes actually start to crack.

Calling A Plumber Is The Best Solution

Blocked drains are a plumbers bread and butter, no matter the size, appliance or location. Sometimes blocked drains might seem like they start in your house but actually the blockage is well outside, caused by tree-roots. Other times blockages are simple to remove and take less then half an hour. Without the experience, it is virtually impossible to know what is the problem with your drain, and blocked drain specialists also carry around specific tools that are not readily available on the open market which allow them to be even faster. Don't let your plumbing get worse, call for the experts and start using your taps, toilets and showers again in no time. 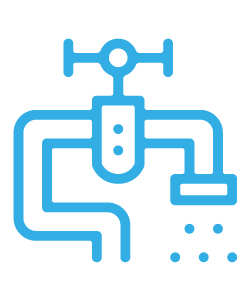 Four Mistakes To Avoid With Your Gas Plumbing - 22 April 2022

Do You Need to Dig up Your Patio to Deal with an Underground Blockage? - 8 February 2022